Comparative Evaluation of the Effect of Different Beverages on the Surface Roughness and Microhardness of Human Enamel Surface: An In Vitro Study

How to cite this article Ghavri T, Pathak A, Bajwa NK. Comparative Evaluation of the Effect of Different Beverages on the Surface Roughness and Microhardness of Human Enamel Surface: An In Vitro Study. Int J Clin Pediatr Dent 2021;14(5):657–661.

Milk-derived beverages are considered to be beneficial to not only health but also to dental tissue. However, the exact nature of the effect of these beverages should be studied to formulate an exact diet plan for a child so that only good effects can be obtained from a dietary derivative.

Aim and objective: To evaluate and compare the surface roughness and microhardness of human enamel surface after exposure to different immersion regimes in milk-based beverages.

Materials and methods: A total of 90 samples were prepared from caries-free premolars extracted for orthodontic purposes. The samples were then randomly divided into three groups based on the immersion beverage used vis-a-vis chocolate milk, sweet lassi, and soy milk. The immersion cycles were done for 7 days. After the immersions were complete, the samples were dried and subjected to microhardness and surface roughness testing.

Urbanization and industrialization have led to a change in dietary habits. The children are being provided with a variety of options such as carbonated beverages, fruit-based beverages, milk and milk products, etc. This increase in the options is in turn responsible for increased consumption of these beverages especially as mid-meal energy boosters. Milk and its products are considered to be important for children as it contains important nutrients for children’s growth. They are well known for their ability to neutralize dietary acids.1 Thus, the popularity of milk-based beverages like lassi, yogurt, and soy milk has been increasing at a good pace in India since they are considered as “Health drinks”.

Enamel, despite being the hardest structure of the human body is influenced by these beverages.2,3 The effects of a beverage on the enamel are influenced by several chemical parameters including pH, titratable acidity, buffering capacity, calcium chelating properties, viscosity, and concentration of calcium, phosphate, and fluoride ions.4,5 Milk and milk products provide a supersaturated solution of calcium and phosphates to the enamel. However, the milk-based beverages available in the market like lassi and soya milk have an inherent low pH along with added preservatives which may complicate their interactions in the oral cavity. Hence, to assess the safety of these beverages it is indispensable to study the effect of these beverages on the mechanical properties of enamel. Surface roughness and microhardness are valuable parameters in the assessment of the interaction between various solutions and enamel. These parameters assess the effect of demineralization and remineralization of enamel over a period of time.6

Therefore, the present study was conducted in vitro with the aim to compare and evaluate the surface roughness and microhardness of human enamel surface after exposure to different immersion regimes in milk and milk-based beverages.

The following materials were used for the study (Fig. 1):

A total of 90 samples were prepared from caries-free premolars extracted for orthodontic purposes. The teeth were cut at the cementoenamel junction using a double-sided diamond disk to obtain coronal portions. These coronal portions were embedded in the block of cold-cure acrylic resin with facial surfaces facing upward. The left half of the sample was covered with a layer of pink modeling wax so that this surface was prevented from any contact with the immersion beverage, hence making the tooth serve as its own control (Fig. 2). The samples were then randomly divided into three groups based on the immersion beverage used. The samples were grouped as:- 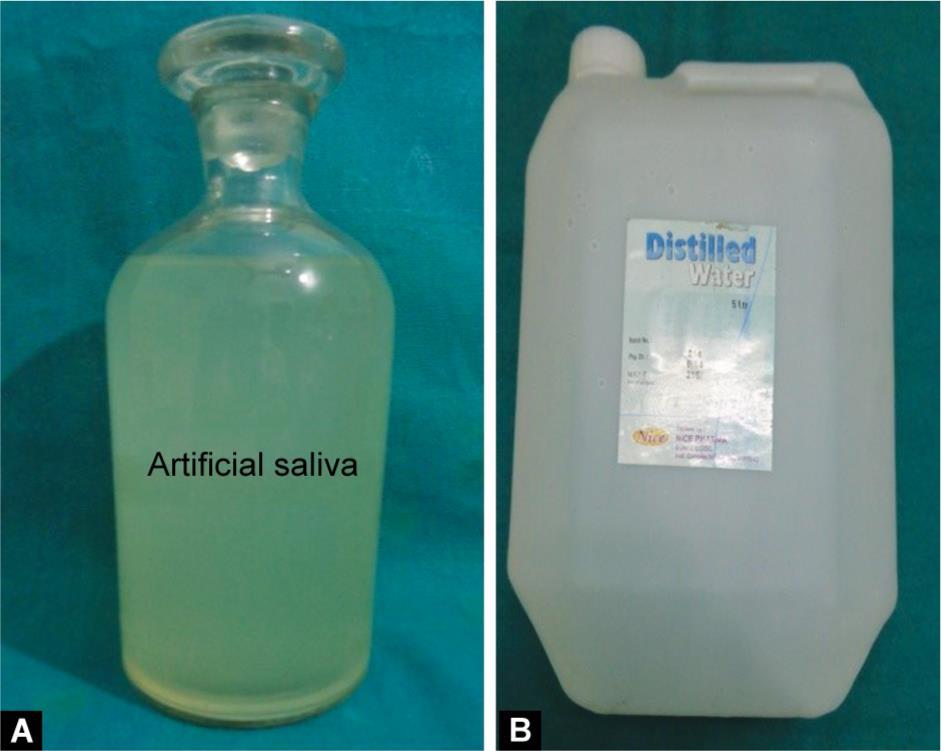 Figs 1A and B: Materials used in the study: (A) Artificial saliva; (B) Distilled water

Each group was further subdivided into 2 subgroups of 15 samples each based on the number of immersion cycles per day:

Subgroup Ia, IIa, IIIa: samples were completely immersed in their respective beverages and subjected to one immersion/day in 25 mL, of the beverage for 5 minutes. This process was repeated daily for 7 days at the same time.

Subgroup Ib, IIb, IIIb: samples were completely immersed in their respective beverages and subjected to three immersions/day in 25 mL, of the beverage for 5 minutes. Immersions were evenly distributed over 12 hours, i.e., after every 4 hours. The process was repeated daily for 7 days at the same time.

After each immersion, the samples were rinsed with distilled water and were placed in artificial saliva (Fig. 3). Once the immersion cycles were complete, wax from each sample was removed with a gentle stream of warm water using a syringe and 20-gauge needle and each sample was blot dried.

After completion of immersion cycles, the surface roughness was evaluated for both the exposed as well as an unexposed portion of the sample using a surface profilometer (Fig. 4), and the surface microhardness was tested using a Vickers Microhardness tester (Fig. 5). Data obtained were put to statistical analysis. Mean and standard deviation for surface roughness and microhardness values were obtained for all the subgroups by using paired “t” test and post hoc test. 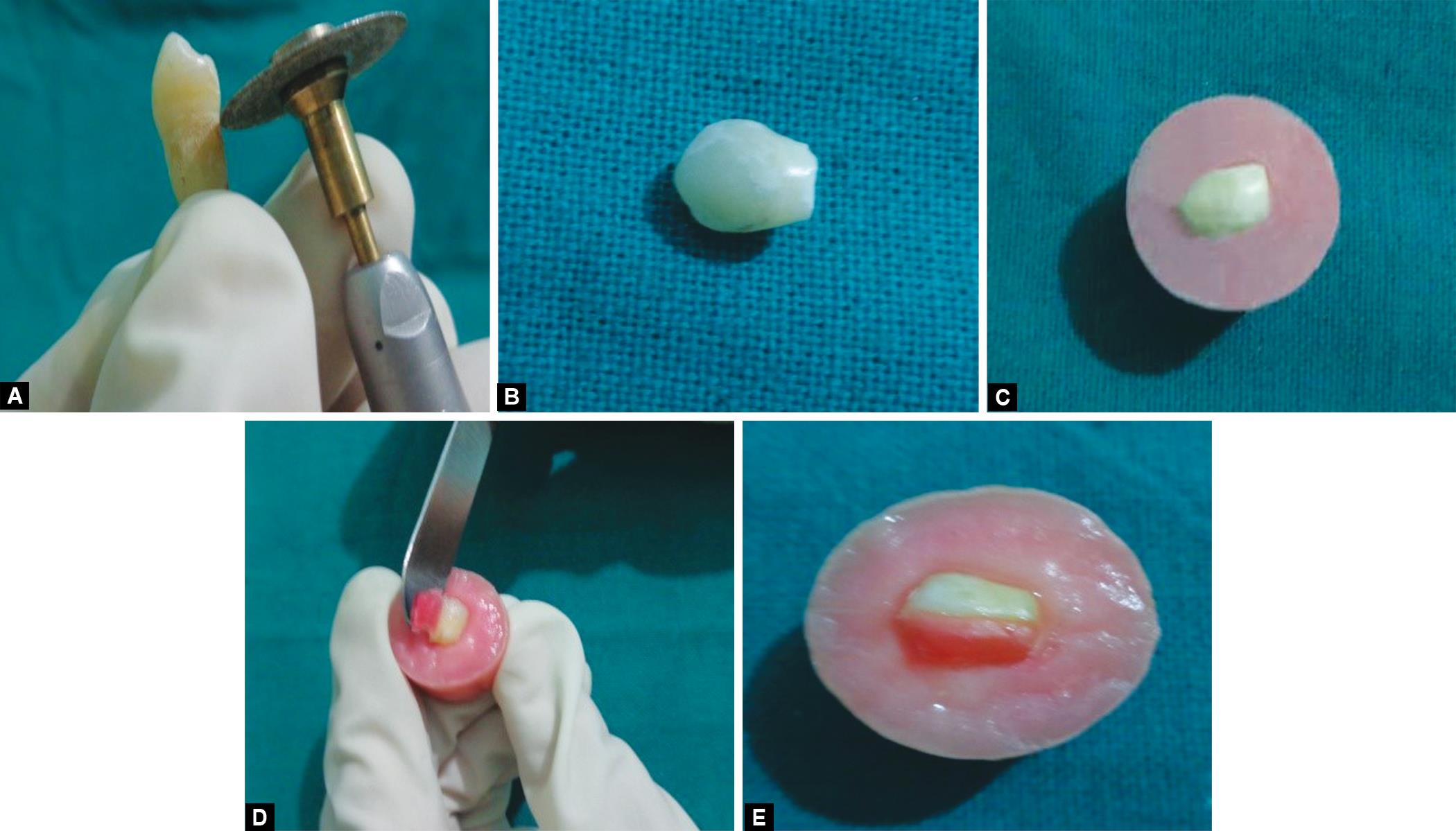 Figs 2A to E: (A) Sectioning of tooth from cementoenamel junction; (B) Coronal section obtained after sectioning; (C) Embedding the section in acrylic block; (D) Waxing up of sample to differentiate between exposed and unexposed surface; (E) Prepared sample

Figs 3A to D: (A) Immersion of sample in beverage; (B) Sample fully immersed in beverage; (C) Rinsing the sample with distilled water; (D) Storage in artificial saliva 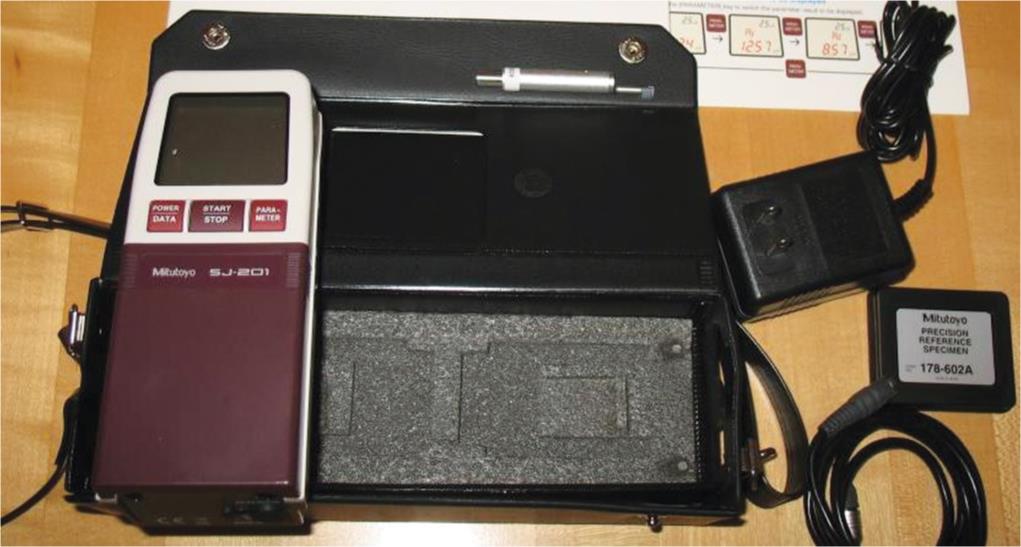 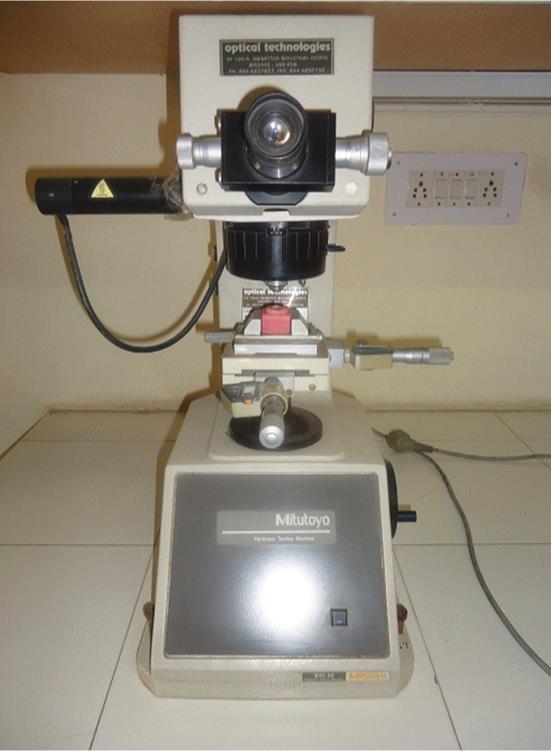 On comparing the microhardness of enamel with and without exposure to these beverages, an increase was noted in all groups with a maximum increase shown by chocolate milk followed by soya milk and sweet lassi.

It was observed that the effect of a beverage become more accentuated as the number of immersions increased from 1 to 3 immersions.

The results can be explained as follows:

The effect of a beverage on enamel can only be assessed by knowing the chemical composition of these beverages. Milk is a complex colloidal mixture of proteins, minerals, fat, lactose, and other constituents. Soymilk is an extract of soybean and consists of proteins and minerals. Lassi is obtained from the fermentation of milk and it contains an almost equal amount of proteins and minerals as that of milk. The result of the chemical assay of the beverages used in the study reveals the difference in the following parameters of these beverages (Table 5):

Figs 6A and B: Graphs representing the surface roughness and microhardness of human enamel before and after immersion in milk-based beverages

These parameters create an environment leading to a series of cycles of loss and gain of the mineral content of the surface layer in the beverages. The final outcome is the result of these cycles of gain and loss of minerals. In the factors noted above, the pH governs the loss of minerals, i.e., calcium and phosphate of the enamel. However, calcium and phosphate content prevents the loss of the minerals since they tend to create a supersaturated solution of minerals around the enamel surface leading to no further leaching of the minerals out of the enamel surface. Since lassi is slightly acidic in nature and has the least concentration of calcium, phosphate, and protein in the chemical analysis, it shifts the balance toward the loss of minerals from the surface. The greatest decrease in surface microhardness and maximum increase in surface roughness of enamel by immersion in lassi explains the results.

However, when the mechanical parameters of milk are compared with soy milk, it is noted that though it has been fortified with calcium still the effects seen by soya milk are less pronounced as compared to milk. This can be explained by the presence of organic proteins in milk. According to Oliveira et al.,7 the beneficial effect of milk is not only related to a large amount of calcium and phosphates in the composition of milk but also because it has some phosphoproteins, such as casein.8 The role of casein in demineralization was hypothesized by Bamise et al.9 and Attin et al.10 According to him, casein can bind to the hydroxyapatite surface and stay there as a thin layer, which acts as a dissolution barrier, restricting the H+ access to the crystal surface and preventing diffusion of ions away from hydroxyapatite. Another alternative theory also proposed by these authors says that casein molecules may bind to sites of high energy on the crystal surface, thus preventing ion detachment from these sites.11–13

However, there are several buffer mechanisms active in the oral cavity which might have a different effect on the interactions of these beverages intraorally. Thus, further clinical studies are required to simulate biological conditions and assess the effects of these health drinks on the human enamel surface.

The results can hence be concluded as follows:

In relation to microhardness values obtained:

Also, the effect of beverages pronounced as the number of exposure increases.

Therefore, the present study states that though the consumption of these beverages has been increasing, the effects of these beverages on the tooth cannot be neglected. We, as parents and pediatric dentists, should be aware of the effects of beverages on enamel considered to be health drinks. Such awareness is essential in formulating a non-erosive, non-cariogenic diet plan for the child especially during the periods of the window of infectivity to prevent caries and erosion risks.